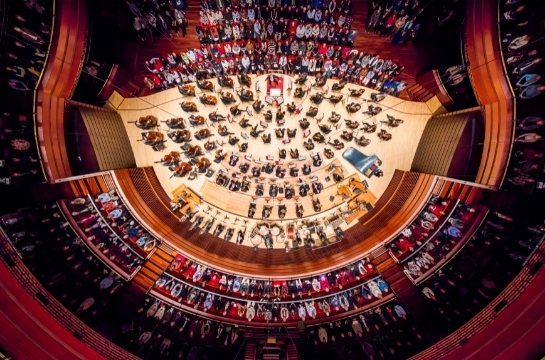 One of the world’s preeminent orchestras, the Philadelphia Orchestra makes its debut at The McKnight Center under the direction of the esteemed Nathalie Stutzmann. Critics praise Ms. Stutzmann for her symphonic leadership, noting “everything she touches emerges as incredibly musical.” (Seen and Heard International). The program highlights the versatility of the orchestra and includes American female composer Gabriela Lena Frank’s Leyendas, which mixes elements from the western classical and Andean folk music traditions; one of the most popular violin concertos, Violin Concerto No. 1 by Max Bruch, and Franz Schubert’s final and majestic Symphony No. 9.
Tickets

Single Tickets Public On-Sale Monday, August 30, 2021 at 9 a.m. Single ticket prices range from $50 - $150. Save up to 20% on tickets when you become a season subscriber. Click below for more information.  Subscription Information

On the Program
Frank, Excerpts from Leyendas: An Andean Walkabout Bruch, Violin Concerto No. 1 | David Kim, soloist Schubert, Symphony No. 9 in C major
About the Artists 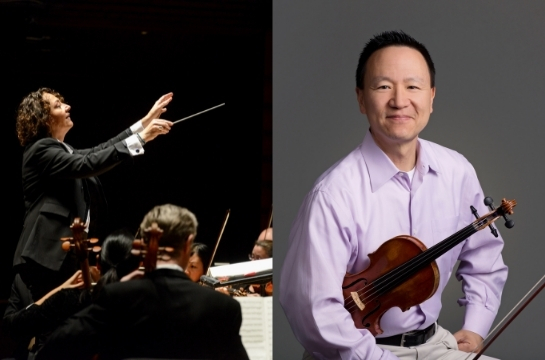 The Philadelphia Orchestra is one of the world’s preeminent orchestras. It strives to share the transformative power of music with the widest possible audience, and to create joy, connection, and excitement through music in the Philadelphia region, across the country, and around the world. Through innovative programming, robust educational initiatives, and an ongoing commitment to the communities that it serves, the ensemble is on a path to create an expansive future for classical music, and to further the place of the arts in an open and democratic society. Nathalie Stutzmann has just been announced as The Philadelphia Orchestra’s new principal guest conductor beginning with the 2021–22 season. She is considered one of the most outstanding musical personalities of our time. Her charismatic musicianship, combined with unique rigor, energy, and fantasy, characterize her style. Violinist David Kim was named concertmaster of The Philadelphia Orchestra in 1999. He started playing the violin at the age of three, began studies with the famed pedagogue Dorothy DeLay at the age of eight, and later received his bachelor’s and master’s degrees from the Juilliard School.