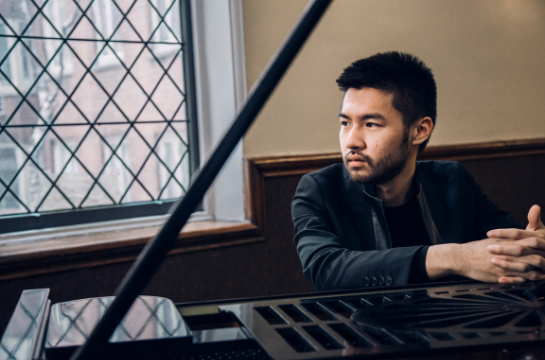 The New York Philharmonic welcomes guest soloist Conrad Tao to the stage to perform Mozart's Piano Concerto No. 17. This work showcases Mr. Tao's critically acclaimed talent, especially during the Allegro and Allegretto movements that are lively and full of character. He has appeared worldwide as a pianist and composer and has been dubbed “the kind of musician who is shaping the future of classical music” by New York Magazine. Also on the program is Debussy's Prelude to the Afternoon of a Faun, the exquisite work that helped to define the composer's distinctive voice, and Respighi's Pines of Rome, the Italian composer's moving tribute to his country.
Tickets

Event Details
Date | Sunday, September 25, 2022 Time | 2:00 p.m. Venue | Performance Hall
On the Program
Jaap van Zweden, Music Director Claude Debussy | Prelude to the Afternoon of a Faun Wolfgang Amadeus Mozart | Piano Concerto No. 17 in G Major Ottorino Respighi | Pines of Rome
Plaza Simulcast
The live concert will be simulcast to the outdoor plaza. Bring your blanket or chair and enjoy viewing the concert for free on the 32-foot LED wall and advanced sound system.
About the Artists 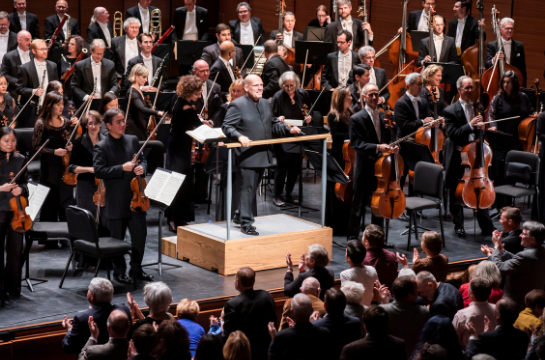 Jaap van Zweden, Music Director | Jaap van Zweden has become an international presence on three continents over the past decade. The 2018–19 season marked his first as the 26th Music Director of the New York Philharmonic. In the 2021–22 season, Jaap van Zweden and the New York Philharmonic perform at Alice Tully Hall and the Rose Theater at Jazz at Lincoln Center’s Frederick P. Rose Hall during the accelerated renovation of David Geffen Hall — scheduled to reopen in the fall of 2022 — and in three concerts presented by Carnegie Hall. Born in Amsterdam, Jaap van Zweden was appointed at age 19 as the youngest-ever concertmaster of Amsterdam’s Royal Concertgebouw Orchestra. He began his conducting career almost 20 years later, in 1996. He was named Musical America’s 2012 Conductor of the Year and was the subject of an October 2018 CBS 60 Minutes profile on the occasion of his arrival at the New York Philharmonic. Recently, he was awarded the prestigious 2020 Concertgebouw Prize. He has appeared as guest conductor with many other leading orchestras around the globe, among them the Chicago Symphony Orchestra, The Cleveland Orchestra, Los Angeles Philharmonic, Vienna Philharmonic, Berlin Philharmonic, Orchestre national de France and London Symphony Orchestra. Conrad Tao, pianist | Conrad Tao is the recipient of the prestigious Avery Fisher Career Grant and was named a Gilmore Young Artist—an honor awarded every two years highlighting the most promising American pianists of the new generation. As a composer, he was also the recipient of a 2019 New York Dance and Performance “Bessie” Award, for Outstanding Sound Design / Music Composition, for his work on More Forever, his collaboration with dancer and choreographer Caleb Teicher. He has recently appeared as soloist with the Los Angeles Philharmonic, Cleveland Orchestra, New York Philharmonic, and Boston Symphony. As a composer, his work has been performed by orchestras throughout the US; his first large scale orchestral work, Everything Must Go, was premiered by the New York Philharmonic in the 18-19 season. Tao was born in Urbana, Illinois in 1994. He has studied piano with Emilio del Rosario in Chicago and Yoheved Kaplinsky in New York, and composition with Christopher Theofanidis.