The Swingles: Together for the Holidays 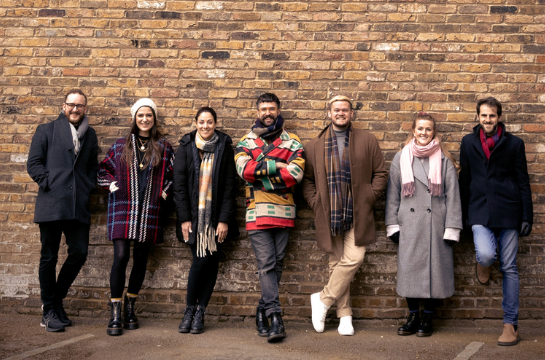 What better way to get into the holiday spirit than with songs of good cheer brought to you by The Swingles? The Grammy® winners present a bouquet of music to keep out the cold, with folk- and jazz-inspired original songs served alongside traditional carols and festive favorites. The Swingles' crystalline vocals evoke icebound worlds, blankets of snow and fireside singalongs. The unmistakable sound of The Swingles has long been associated with Christmas, and audiences can look forward to music from six decades of holiday releases including music from their recent holiday album, 'Yule Songs vol. II.' Alongside these seasonal specialties, the program includes favorite pieces from the group's year-round touring repertoire.
On the Program
Come O Come Emmanuel | Traditional, arr. Clare Wheeler Tidings (God Rest Ye) | Traditional, arr. Kevin Fox The Christmas Song (Chestnuts Roasting) | Tormé/Wells arr. Grant, S.M. Wrapped in White | Edward Randell
Tickets

Event Details
Date | Saturday, December 3, 2022 Time | 7:30 p.m. Venue | Performance Hall
Plaza Simulcast
The live concert will be simulcast to the outdoor plaza. Bring your blanket or chair and enjoy viewing the concert for free on the 32-foot LED wall and advanced sound system.
About the Artists 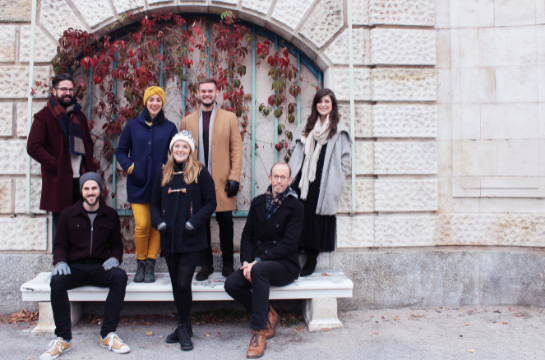 In 1963, American-born Ward Swingle first assembled a group of Parisian session singers to sing Bach’s keyboard music. The resulting album, Jazz Sebastian Bach, launched the Swingle Singers to fame. Since then, they have won five Grammy® awards and made more than 50 recordings, with a repertoire that has grown to include a huge variety of music, including new original songs. The Swingles have appeared on numerous film and TV soundtracks, including The Two Popes, Sex and the City, Wedding Crashers and Glee, as well as singing the theme for Italy’s beloved TV series Superquark. In 2017, they co-wrote and performed a song for the end credits of Alexander Payne’s film Downsizing. Their prolific output of music videos has earned them millions of views and new audiences around the world. The Swingles are: Federica Basile, Joanna Goldsmith-Eteson, Imogen Parry, Oliver Griffiths, Jon Smith, Jamie Wright, and Edward Randell.