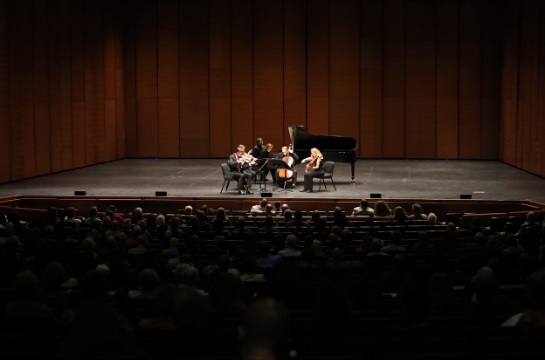 
Single Tickets Single tickets go on sale August 1, 2022. Single ticket prices range from $25 - $100. Student Rush tickets are $15 and can be purchased on the day of the performance only. Must present a valid student ID. Limit of two tickets per ID. Subscription Information Save up to 15% on tickets when you become a season subscriber. Click above for more information.  Become a McKnight Center Insider Click the button above to join our email list and get updates and ticket offers delivered to your inbox. 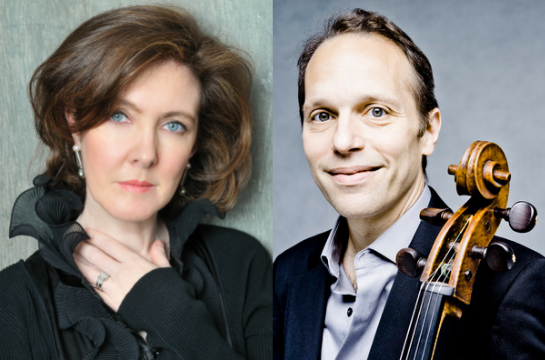 Anne-Marie McDermott, Artistic Director | Pianist Anne-Marie McDermott has served as Artistic Director of The McKnight Center's Chamber Music Festival since its inception. She also serves as artistic director of the Bravo! Vail Music Festival, and the Ocean Reef Music Festival, as well as Curator for Chamber Music for the Mainly Mozart Festival in San Diego. For over 25 years she has played concertos, recitals, and chamber music in hundreds of cities throughout the United States, Europe, and Asia. Ms. McDermott studied at the Manhattan School of Music, has been awarded the Mortimer Levitt Career Development Award for Women and an Avery Fisher Career Grant, and won the Young Concert Artists auditions. Anne-Marie lives in New York with her husband and travels extensively with her Maltese, Lola. Christopher Costanza, cello | For over three decades, cellist Christopher Costanza has enjoyed a varied and exciting career as a soloist, chamber musician, and teacher. A winner of the Young Concert Artists International Auditions and a recipient of a prestigious Solo Recitalists Grant from the National Endowment for the Arts, Mr. Costanza has performed to wide critical acclaim in nearly every state in the U.S., and in Canada, Colombia, the Dominican Republic, Australia, New Zealand, China, Korea, Germany, France, the U.K., Italy, Spain, the Netherlands, Belgium, Luxembourg, Romania, and Hungary. Mr. Costanza joined the St. Lawrence String Quartet (SLSQ) in 2003 and tours and records extensively with that ensemble, performing over 100 concerts annually throughout the world. 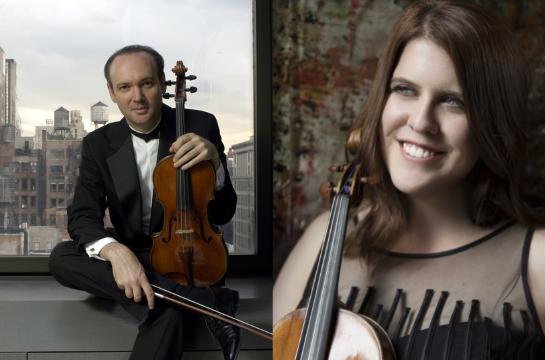 Paul Neubauer, viola | Violist Paul Neubauer's exceptional musicality and effortless playing led the New York Times to call him “a master musician.” He recently made his Chicago Symphony subscription debut with conductor Riccardo Muti and his Mariinsky Orchestra debut with conductor Valery Gergiev. He also gave the U.S. Premiere of the newly discovered Impromptu for viola and piano by Shostakovich with pianist Wu Han. A two-time Grammy nominee, he has recorded on numerous labels including Decca, Deutsche Grammophon, RCA Red Seal, and Sony Classical. Mr. Neubauer is the artistic director of the Mostly Music series in New Jersey and is on the faculty of The Juilliard School and Mannes College. Erin Keefe, violin | American violinist Erin Keefe is the Concertmaster of the Minnesota Orchestra as well as a frequent artist of the Chamber Music Society of Lincoln Center. Winner of an Avery Fisher Career Grant, the Pro Musicis International Award as well as numerous international competitions, she has appeared as a soloist in recent seasons with the Minnesota Orchestra, New Mexico Symphony, New York City Ballet Orchestra, and many others. Among the leading chamber musicians of her generation, Ms. Keefe has been an Artist of The Chamber Music Society of Lincoln Center since 2010 after previously being a member of The Bowers Program (CMS Two) from 2006-2009. She has been featured on “Live from Lincoln Center” three times with the Society, performing works by Brahms, Schoenberg, Bach and Corelli. Ms. Keefe earned a Master of Music Degree from The Juilliard School and a Bachelor of Music Degree from The Curtis Institute of Music. 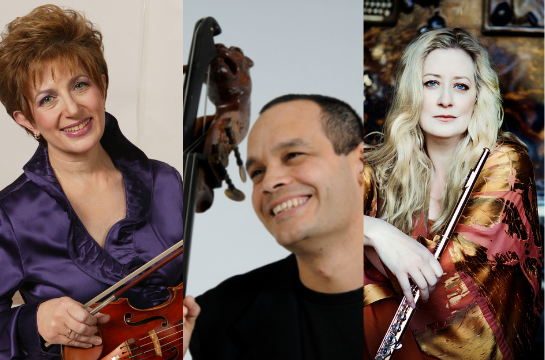 Ida Kavafian, violin | Violinist/violist Ida Kavafian just recently retired after 35 successful years as artistic director of Music from Angel Fire, the renowned festival in New Mexico. She leaves a legacy of over 40 World Premieres commissioned by the festival. Her close association with The Curtis Institute continues with her large and superb class, the endowment of her faculty chair by former Curtis Board President Baroness Nina von Maltzahn, and the awarding of the Lindback Foundation Award for Distinguished Teaching, which is presented in recognition of outstanding service in stimulating and guiding Curtis students. In addition to her solo engagements, she continues to perform with her piano quartet, OPUS ONE and Trio Valtorna. Anthony Manzo, double bass | Anthony Manzo’s vibrantly interactive and highly communicative music making has made him a ubiquitous figure in the upper echelons of classical music, performing at noted venues including Lincoln Center in NYC, Boston’s Symphony Hall, and the Spoleto Festival in Charleston. He appears regularly with the Chamber Music Society of Lincoln Center, serves as the solo bassist of San Francisco’s New Century Chamber Orchestra and as a guest with the Orpheus Chamber Orchestra and A Far Cry. Tara Helen O'Connor, flute | Tara Helen O'Connor is a charismatic performer noted for her artistic depth, brilliant technique, and colorful tone spanning every musical era. Recipient of an Avery Fisher Career Grant and a two-time Grammy nominee, she was the first wind player to participate in CMS’s Bowers Program. She is the newly appointed co-artistic director of the Music From Angel Fire Festival in New Mexico. She is a member of the woodwind quintet Windscape, the legendary Bach Aria Group, and is a founding member of the Naumburg Award-winning New Millennium Ensemble.